How is China Governed?

An international conference held in honour of the work of Dr. Timothy Brook 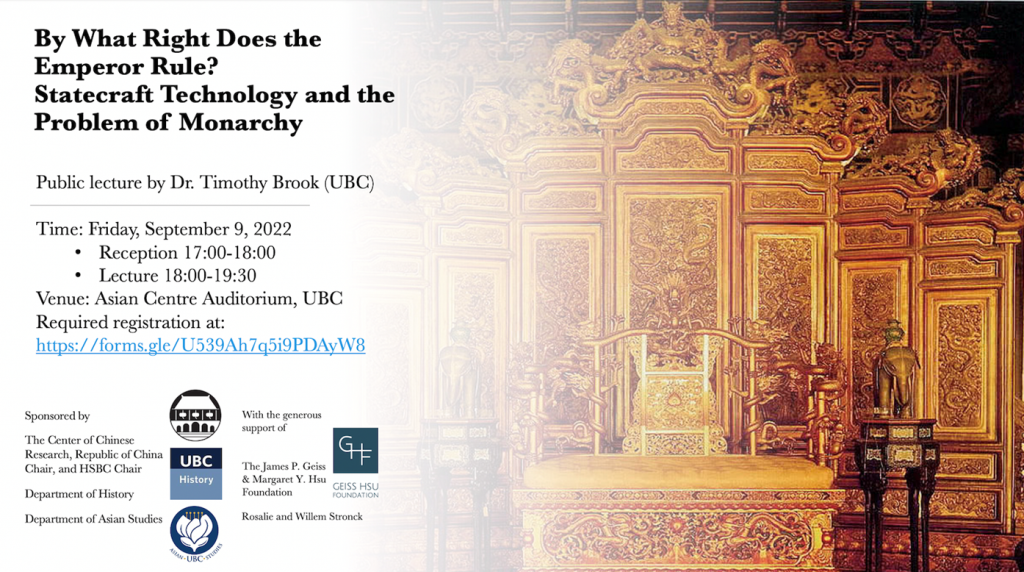 Between September 9 and 11th, 2022, more than forty scholars from around the world gathered in the Room of Many Trees at the Liu Institute for Global Issues—most attending in-person, with a half-dozen joining via Zoom—for the conference “How is China Governed? From Ming Statecraft to Xi’s New Era,” held in honour of professor emeritus Timothy Brook’s work and his retirement from full-time teaching.

Panelists, mainly historians and political scientists, presented topics related to Chinese governance during the Ming dynasty (1368-1644), the Ming in the world of its day, and Ming legacies up to the present. Commentators of different backgrounds—including an early modern Europeanist, two South Asia specialists, and a sociologist—provided insightful questions to stimulate the conversations further [click here for Detailed Conference Schedule]. UBC graduate students in History and Asian Studies served both as panel moderators facilitating the panels and as volunteers supporting the logistics of the event [See here and below for photo of participants with names].

The conference concerned itself with four themes: Geographies, Theories, Experiences, and Technologies of Statecraft. Using mainly a historical approach, panelists and commentators engaged with each other on late-Imperial Chinese statecraft, its perception by contemporary European counterparts, and its continuing influence in modern Chinese statecraft, to better understand the history and practices of Chinese governance. As part of the conference, Dr. Brook offered his insights in a public lecture held on September 9, “By What Right Does the Emperor Rule?: Statecraft Technology and the Problem of Monarchy” [See e-poster and our previous announcement].

Since the meeting in September, the organizers and editors of this project—Timothy Cheek, Bruce Rusk, and Shoufu Yin—have worked with the participants to publish papers from the conference in three venues: two edited volumes and a journal issue, all to be submitted for peer review in 2023.

This conference was hosted by the Centre for Chinese Research, the Republic of China Chair, and the HSBC Chair at the Institute of Asian Research in the School of Public Policy and Global Affairs, and co-sponsored by the Departments of History and Department of Asian Studies, with the generous support of the James P. Geiss & Margaret Y. Hsu Foundation and of Rosalie and Willem Stronck. We offer our sincere gratitude to all the students, conference participants, project organizers, and event sponsors who have made this event possible, as well as our wholehearted appreciation and congratulation to Dr. Brook. 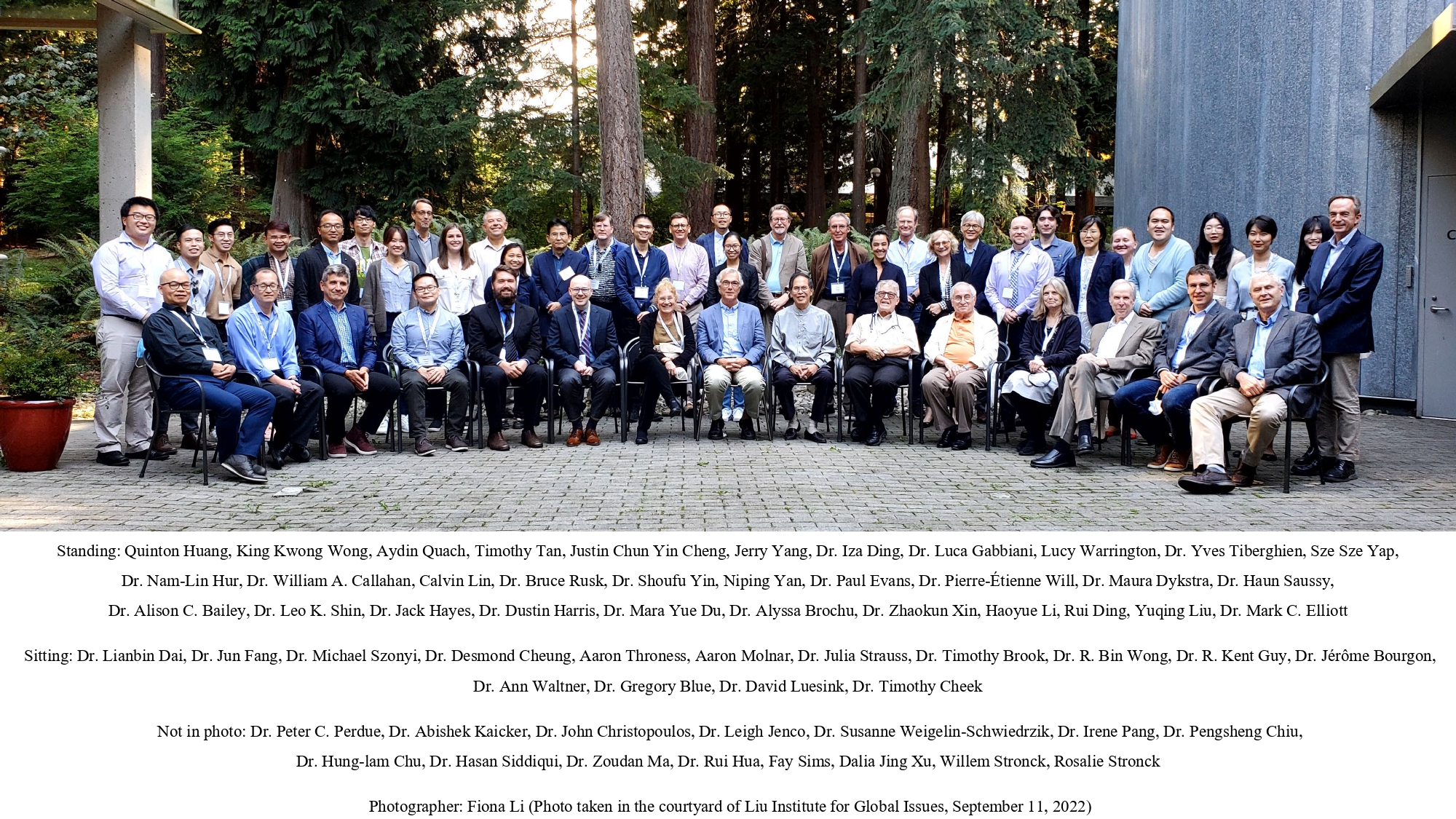