Home / Events / Treaty porters, or, How do you solve a problem like Charlie?

Treaty porters, or, How do you solve a problem like Charlie?

When Shanghai fell to communist forces in late May 1949 the city’s Tilanqiao Prison held one British inmate. In this talk, I’ll introduce the man, his family networks and their reach, and the diverse range of sources I’ve been assembling. It will explore how he got there, where he came from, and where he went next, and also what I don’t know, which is a lot. Frankly, I’m puzzled: what can I do with all this? 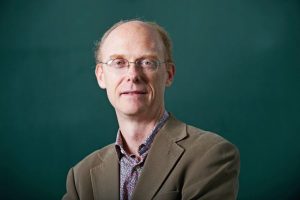 About the Speaker: Dr. Robert Bickers is a historian of modern Chinese history at Bristol University. He specializes in the history of colonialism, and in particular of the British empire and its relations with China and the history of Shanghai through to the 1950s. His most recent book is Out of China: How the Chinese Ended the Era of Western Domination (Allen Lane and Harvard University Press, 2017). His current project experiments with how we tell histories of the overlaps that colonialism creates. Earlier publications include Getting Stuck in China (2014), The Scramble for China (2011), andEmpire Made Me: An Englishman Adrift in Shanghai (2003). Previously he ran a project on the history of the Chinese maritime Customs Service. Currently he directs the Hong Kong History Project.