The Challenge of World Literary History 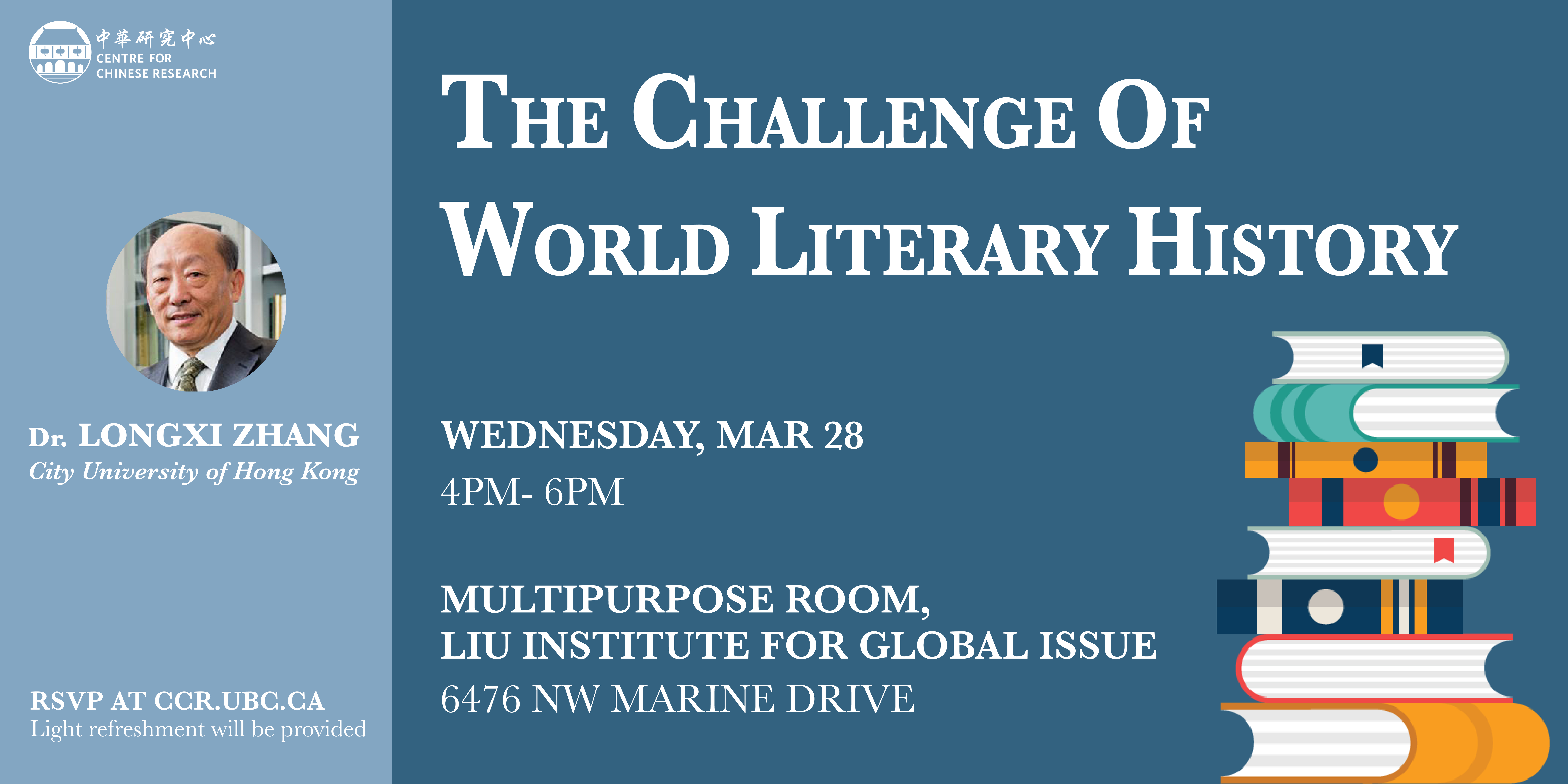 In much of its history from the 19th century to the last decade of the 20th, comparative literature remains largely Euro-centered, and the rise of world literature today offers an opportunity to transcend Eurocentrism and introduce many of the yet unknown canonical works from non-Western and “minor” European literatures to a global readership. We need a world literary map to show what the world looks like in terms of literary traditions and their important works, and therefore a world history of literature is the necessary first step towards a better understanding of what is world literature.

ZHANG Longxi, MA, Peking (’81) and Ph. D., Harvard (’89), had taught at Peking, Harvard, and the University of California, Riverside, and is currently Chair Professor of Comparative Literature and Translation at the City University of Hong Kong. He is elected a foreign member of the Royal Swedish Academy of Letters, History and Antiquities, also of Academia Europaea, and President of the International Comparative Literature Association for 2016-19. He serves as an Editor-in-Chief of the Journal of World Literature and an Advisory Editor of New Literary History. He has published more than 20 books and numerous articles in both English and Chinese in East-West comparative studies. His major English book publications include The Tao and the Logos: Literary Hermeneutics, East and West (Durham: Duke UP, 1992); Mighty Opposites: From Dichotomies to Differences in the Comparative Study of China (Stanford: Stanford UP, 1998); Allegoresis: Reading Canonical Literature East and West (Ithaca: Cornell UP, 2005);Unexpected Affinities: Reading across Cultures (Toronto: Toronto UP, 2007); and most recently, From Comparison to World Literature (SUNY Press, 2015).