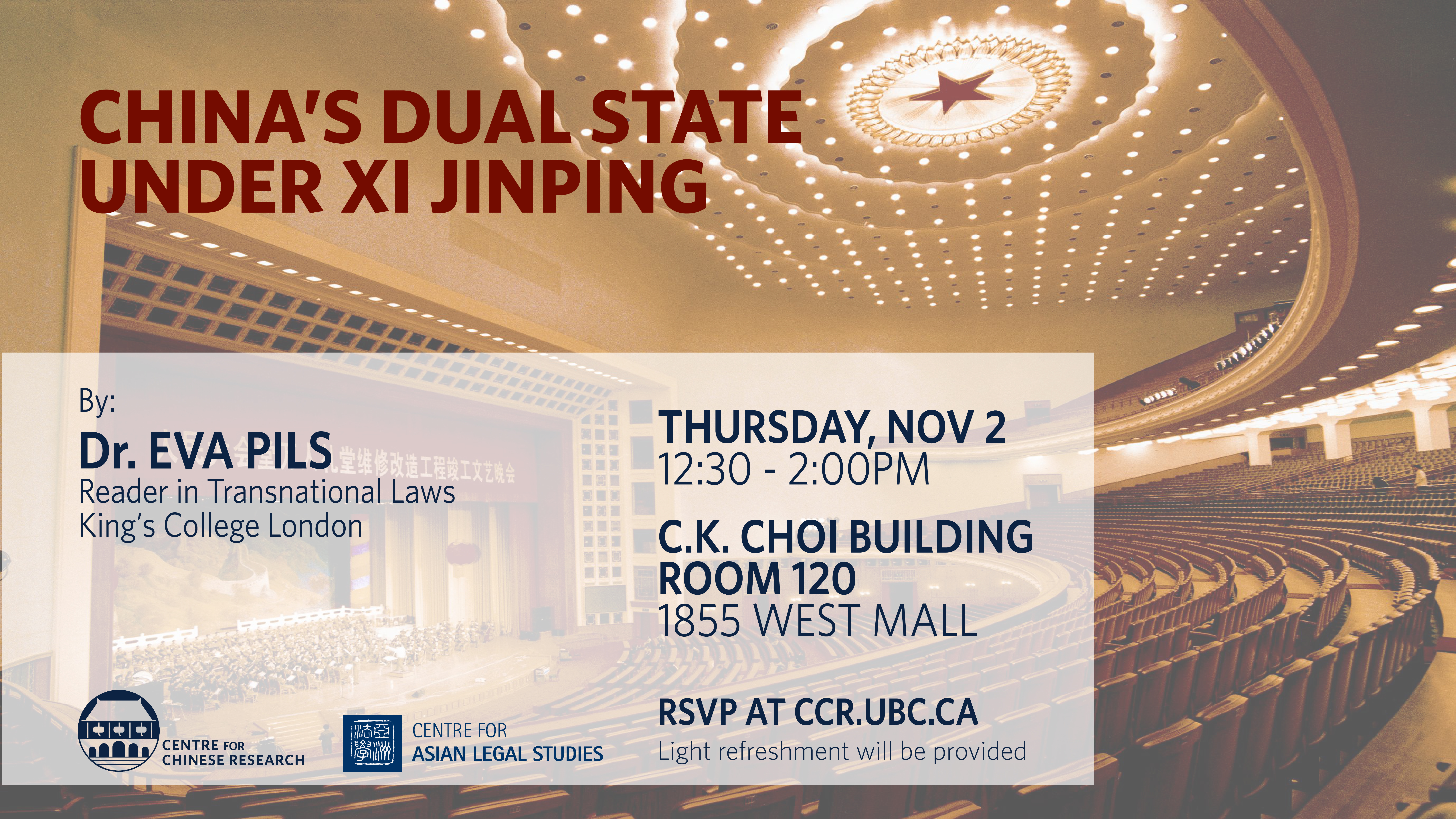 This paper draws on the notion of the dual state, developed in the 1930s by Ernst Fraenkel, to discuss China’s current legal-political system. The Party-State’s institutional and legislative reforms since the beginning of the Reform and Opening era reflect certain principles of order, fairness and legality connected to the idea of a normative state. Yet, in recent years, there has been a marked expansion of a ‘prerogative-state’ system for the use of terror and violence in order to give effect to the will of the political leadership. Drawing on Fraenkel’s argument that the dual state is incapable of meeting the requirements of the law of reason (Vernunftrecht), I argue that the current Chinese Party-State ‘needs’ to reject liberal legal and political principles the more strenuously, the more obviously it becomes implicated in their violation, and consider the domestic and transnational implications of the prerogative state’s growth in China.

Eva Pils  is Reader in Transnational Law at The Dickson Poon School of Law at King’s College London, where she teaches human rights, public law, and law and society in China. She studied law, philosophy and sinology in Heidelberg, London and Beijing and holds a PhD in law from University College London. Her scholarship focuses on human rights, authoritarianism, and law in China. She has written on these topics in both academic publications and the popular press. She is author of China’s human rights lawyers: advocacy and resistance (Routledge, 2014) and of Human rights in China: a social practice in the shadows of authoritarianism (Polity, forthcoming, 2017). Before joining King’s, Eva was an associate professor at The Chinese University of Hong Kong Faculty of Law. She is a Non-resident Senior Research Fellow at the US-Asia Law Institute of New York University Law School, an external member of the Chinese University of Hong Kong Centre for Social Innovation Studies, an external fellow of theBingham Centre for the Rule of Law and a legal action committee member of the Global Legal Action Network. In April 2017, she was a Visiting Professor of Law at Columbia Law School.